How Green Is the Green Building Industry REALLY? 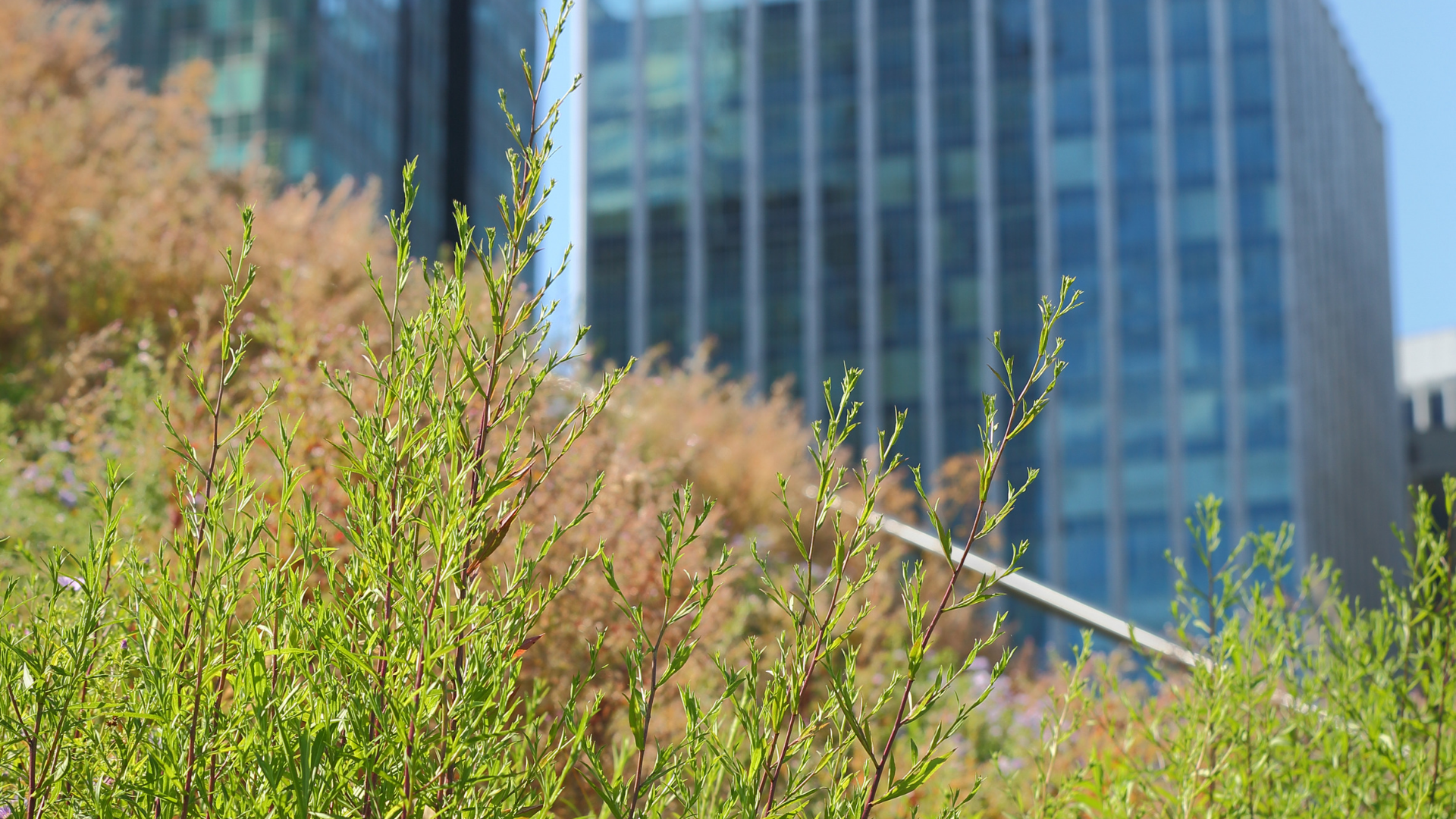 Raise your hand if you’re a “green builder” who sometimes doesn’t feel very green at all. Yeah, you’re not alone.

Every industry has its own challenges.

Mattresses have to be comfortable without being squishy. Restaurants must cater to time-honored tastes with comfort dishes, yet innovate. Dog trainers have to instill fancy tricks but also teach their dogs not to bite toddlers, which just has to be hard.

Because occasionally … let’s not lie … we all want to bite toddlers.

The green building and landscaping industry, however, has it particularly rough. While green builders try to do their part to help the environment, there are some very un-environmental practices baked right into the job. Which means, unfortunately, green builders often have to take shortcuts that work against the very benefits they’re trying to provide. Benefits such as:

If that depresses you, well, it should. (Can we go back to toddler jokes?) But it doesn’t need to end the conversation, which is what it too often does these days. Instead of throwing your hands in the air and concluding that there’s just “nothing to be done here,” let’s take a deep dive into exactly what’s going wrong – and what that means about potential solutions.

What Is the Green Building and Landscaping Industry Doing Right? 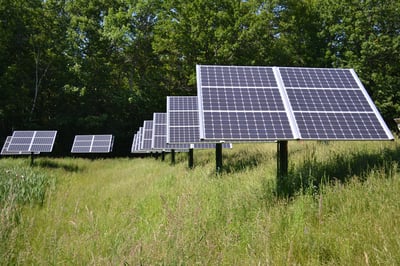 First, a lick of salt before the tequila: Let’s acknowledge that green roofers, builders and landscapers are doing a ton to help the Earth, improve cities like Chicago and make our world a better place. Green infrastructure continues to improve the world for both plants and animals, and it would be a disservice to the industry as a whole to imply otherwise.

Like what does it do, you’re wondering? Try the following:

That’s just the beginning, of course. The physical, mental, emotional and spiritual benefits of cities that are closer to nature are essentially limitless, and green builders are (permeably) paving the way toward them.

But … hate to say it, guys … we might not be going about it the right way.

Where Are We Going Wrong with Green Landscaping and Building? 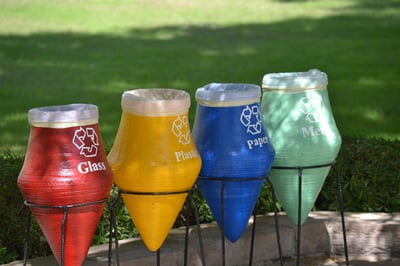 Here’s another fact to face: Just putting a green roof on a building doesn’t make it green.

Same with landscaping a yard with native plants, plugging a retention pond into a landscape or turning a bare patio into a rooftop garden. These are all steps in the right direction – bringing nature into our cities and giving her a spot to rest – but if you’re doing so in not-green fashion, then how green are you being … really?

These are the questions that keep us up at night here at Ecogardens. Because we look around, and we see a lot of waste, pollution and mismanagement happening within the green building and landscaping industry. And we know we’re not the only ones who see it.

Just a few of the things going wrong these days? How about:

The bottom line is that trying to “be green” inside a city adds a layer of complexity that’s hard to cope with, simply because there exists less room to deal with all of those issues. And then there’s the fact that, to a great extent, a lot of roofers, landscapers and builders are just business-as-usual-ing their way through life, ourselves included.

So, do we have to accept that? Well, no. There are definitely some steps we can take.

But before we get to that, let’s discuss one of the most serious issues in the landscaping industry: the little guy.

A Rock and a Hard Spot: Why Innovators Have Trouble Innovating

In green building today, we smaller companies face a serious conundrum. The industry is so big, and we’re so small, that to do the right thing and not go bankrupt is a daunting task. Let’s not mince our words:

It is a huge challenge to be green and make money.

We want to be very open when we say this: We tossed our pots for years. To do anything else would have created the kind of financial strain that could potentially shut our company down, and if that happened, then how would we help make cities a greener space?

We're delighted to announce that today, however, it's a different story. As part of its dedicated efforts to help the environment, Lowe's now offers an amazing take-back program for plastic pots, and we are thrilled to partner with them on all of our projects. If you still toss your pots, it's time to check out your area Lowe's for a better way.

But still, can you see the problem? This is just one example, and it was so hard to fix ... multiply that by a thousand, and can you see why we sometimes have trouble sleeping at night? No one wants to talk about this, and frankly, we’re right there with the rest of the industry. It’s uncomfortable, and we don’t like admitting that we’re doing something that feels “wrong.” It’s enough to drive a person to chocolate cake.

That’s not to say we’re doing nothing, though. Again, take pots. As we’ve talked about before, biodegradable pots could provide one solution, but it’s certainly not a widespread one as of yet. We’re not going to give up until we make it work, but frankly, that could be a while. There just aren’t that many viable options right now.

We could offer a million more examples just like this one: weedkiller, pesticides, fossil fuels, the industrial horticulture complex, yada yada. But that’s not useful. It’s more useful to acknowledge that while little guys feel enormous pressure to keep their businesses alive and afloat, most change comes from the grassroots level.

And that gives us the responsibility to act.

From Each According to Their Ability: What We CAN Do 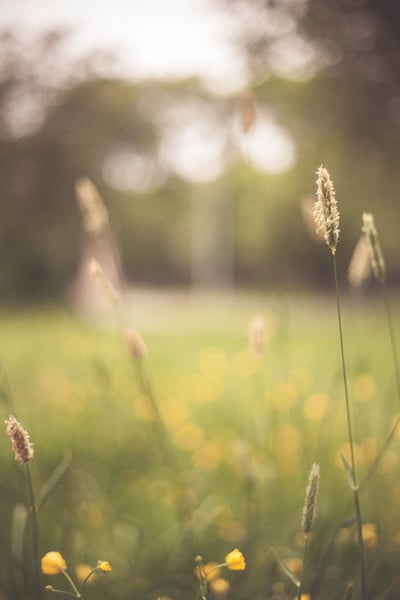 If you haven’t yet broken down in tears and called your shrink, good on you. We can tell you care about this as much as we do, so it should make you happy to know that there are answers.

It starts with changing our perception of green. The goal is to minimize the existing problems rather than maximize their solutions. For instance, we can:

Instead of rallying around the cause of keeping Roundup alive and kicking, why don’t we put our time and energy toward changing minds, one at a time, small step by small step? Why don’t we do something that makes better sense for our kids and our kids’ kids?

It’s time to make our businesses less about the dollar and more about the right thing to do. And that means taking this message beyond the narrow circle of people in the green building and landscaping industry, and out to consumers who don’t know any better.

Because we do, and that makes it our responsibility to do something about it.

Want to learn more about what we’re doing here at Ecogardens? Get in touch with us today.