How to Design with Birds in Mind 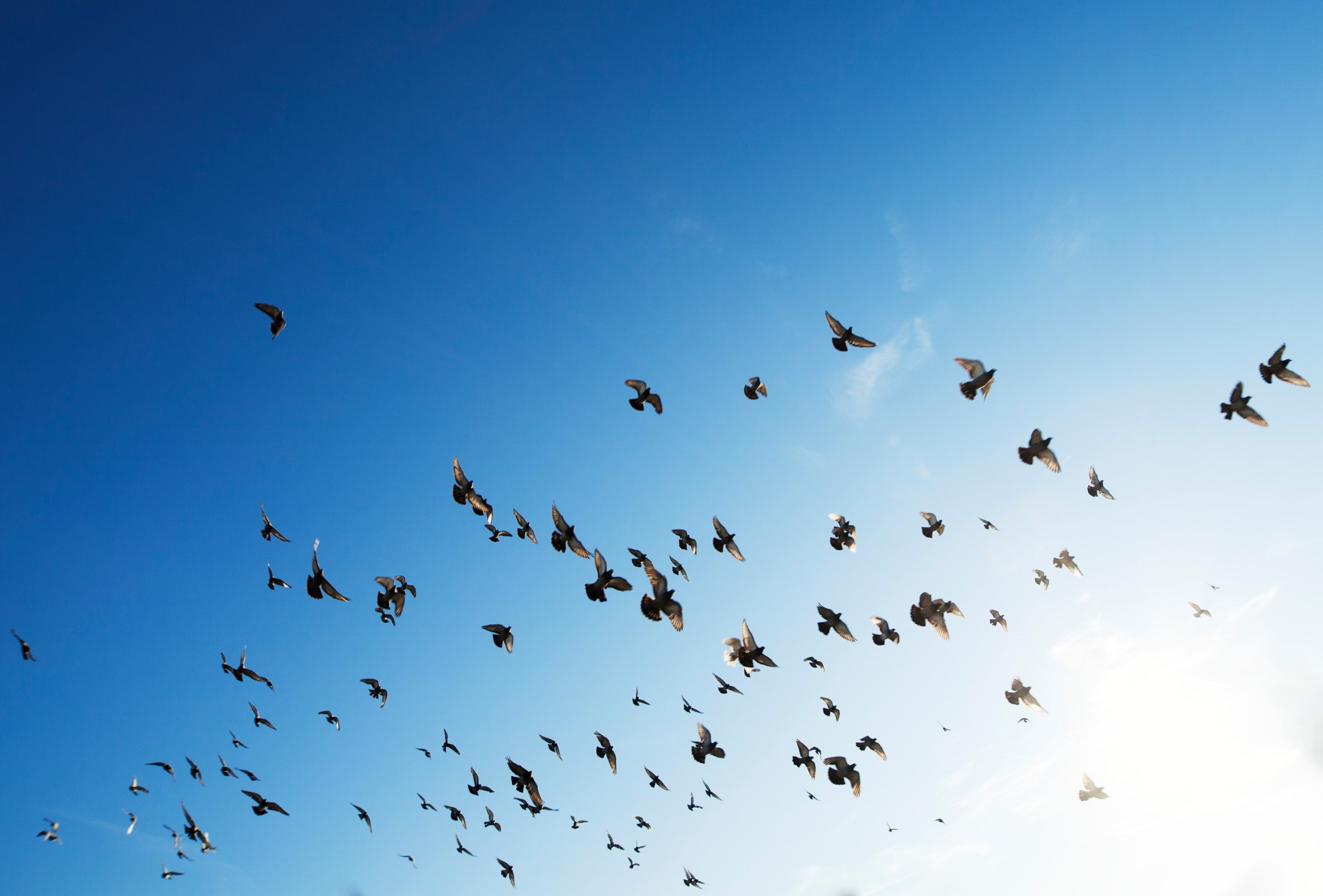 There’s a lot of emphasis today on bringing birds into our cities, but are we really providing a safe habitat for them? The facts suggest we’re not.

We build green roofs. We set aside small patches of wilderness in the midst of urban bustle. We carefully curate nesting sites and habitats for critters, all in hopes of enriching our cities and bringing birds back from the brink.

But think about the message we’re actually sending to our feathered friends.

“Hey guys!” our newer, greener cities broadcast. “Come on down! Nest up! Build a family. But oh, uh, bring your helmets! Cuz that building ain’t movin’.”

And that, if you’re a bird, is a major problem.

Birds and Cities: A Match NOT Made in Heaven

Buildings are the biggest threat to birds in cities right now. (Aside from toxins, pollution, disease, deforestation and … you know, that kind of thing.)

Never before has humankind taken to the air as we have in the last century. The skyways, which were formerly home to birds and insects alone, are now cluttered with our cranes, planes and high-rises – especially problematic in dense urban areas.

“The simple answer is that birds are not always able to perceive windows as a barrier,” explains Massive Science. “Depending on the time of day, the season, the surrounding landscape, and features of the building itself, it can be difficult for birds to recognize the obstacle.”

That’s when birds go boom. And they often don’t survive.

Where We’re Failing with Bird-Friendly Design 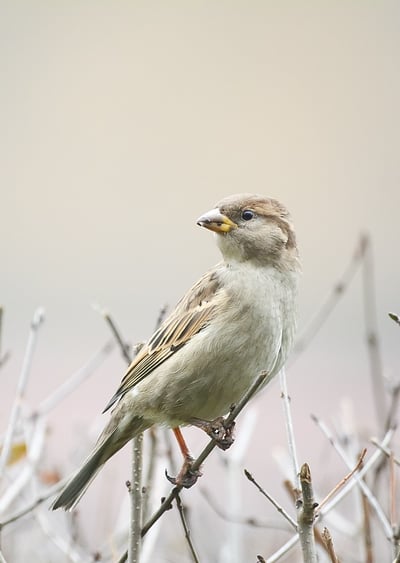 It would be pat to say that we’re failing with bird-friendly design simply because we’re not paying enough attention to it, but it’s nevertheless true.

We simply don’t know enough about how birds see and interact with buildings. Consequently, we aren’t building in ways that protect them from disaster.

For one thing, recent studies have shown that buildings have their own individual “mortality signatures.” That is to say, when it comes to how likely a structure is to cause the death of birds, not all buildings are created equal.

Surprisingly, it is shorter buildings that pose more of a challenge for birds. Because these intersect with their flight paths more than taller buildings do – see if you can follow us here – birds are more likely to run into them. This creates a greater need for short buildings to advertise themselves as solid objects rather than sky.

Not surprisingly, the same studies have found that “collision mortality [is] proportional to the amount of sheet glass installed in the exterior walls of a building.” In other words, reflective buildings pose a greater risk to birds than non-reflective ones.

“Windows are considered invisible barriers to birds in flight,” explains the study. Reflective glass gives the impression of being blue sky, which birds barrel straight toward at full speed. Even a helmet might not help in that case, since stunned birds then drop out of the sky. The takeaway is that reflective glass might as well not even be there.

So, the answer? Build differently … but perhaps not in the ways you might think. 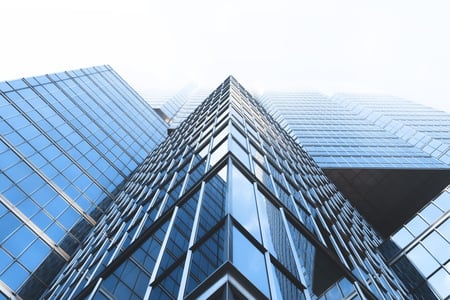 It’s easy to conclude that we must therefore build to avoid these problems and leave it at that. But … how? We can’t make every building “taller.” We can’t just slap up non-reflective glass and call it good, either.

Part of the problem is that we see differently than birds do.

To date, says the study, “the problem of windows has been inferred from the human perspective rather than bird vision and flight behavior. Specifically, a flying bird understands the world via acute lateralized vision, optic flow fields, and head movements, whereas a human perceives the external environment with highly acute binocular vision in the frontal space.”

That we experience our world divergently from birds shouldn’t be as surprising as it is, but hey, we gotta work with what we have. And that means accepting that we have an aggressively anthropomorphic point of view, and taking steps to correct that.

Which means, first, funding more studies to try and understand the bird POV. We need an urban ecology meaning that wraps in all components of city life, and tries to see solutions from the perspectives on non-human inhabitats.

It means, second, designing safer buildings. This can be done, as New York’s Javits Center proved conclusively with its recent renovation. By making glass more transparent, less reflective and more broken up, it has cut down its bird collisions by 95 percent – which is no small number, considering it was once responsible for the most bird deaths annually.

Not an award you want, we can agree.

But this mainly addresses what large companies and managers of buildings can do. What about the regular homeowner? Here are some of the most homeowner-friendly products, as recommended by the American Bird Conservancy. If you want to take a deeper dive you can read about the new program that rates glass according to its bird-friendliness here.

Not ready to install new windows yet? No problem. Instead, you can use a multitude of at-home techniques to signal the presence of windows and keep birds from needing those helmets. Ideas include soap or paint on the outside of the window, tapes and decals, screens and netting, and transparent film. While these require some upkeep, most of these options last for years, don’t obstruct the view much or at all, and can prevent considerable bird death.

What We Can Do to Make Cities More Welcoming to Birds 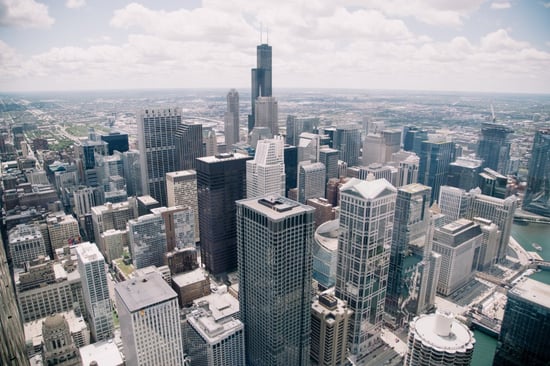 : In addition to making cities less hazardous for our avian amigos, we must also make them more welcoming.

This is a bit tricky, since bringing more birds in also means putting more birds at risk of collision. But giving birds the habitat they need is a two-pronged approach, and the one can’t wait on the other.

Green roofs are an excellent place to start. As the Javits Center did, we can take steps to provide more nesting, resting and feeding grounds in cities by installing green roofs on top of buildings. That’s a lot of valuable real estate going to waste, after all, and birds would love more of it.

Other green structures that boost urban ecology include urban gardens, rooftop gardens and other animal-friendly habitats.

So let’s all do our part. While the smartypants glass designers are busy making safer cities for our flying friends, let’s make sure they have plenty of habitat in which to make a home or just rest a while. We owe them that much, at least, so get in touch today.