Why Do Pollinators Matter So Much?

Wondering why pollinators matter? Because they help feed us and keep the environment in good shape.

With all the hype about honeybees these days, you’ve likely wondered at least once why pollinators matter.

We don’t blame you. The coverage of devastating (but probably overblown) conditions such as Colony Collapse Disorder have made it seem as though A Giant Bee Crisis and Probably Worldwide Famine are imminent.

We don’t mean to make light of environmental degradation, but you can relax: That’s not going to happen soon.

More importantly, the fearmongering over the honeybees has obscured other important issues, leading fewer people to ask themselves why pollinators matter beyond honeybees.

The simple answer to that question is: Pollinators provide services that humans simply can’t mimic by hand or with machines, so we must protect them at all costs. 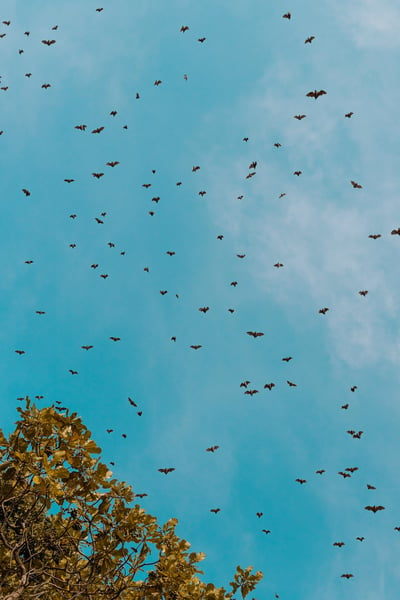 The main reason why pollinators matter, at least to us humans who like to eat, is that they help perpetuate our food species through pollination.

A massive number of plant species depend on bees for pollination, with estimates varying between 30 and 90 percent depending on whether we’re talking food crops or wild plants. Notably, it’s not just bees that perform these services, but also flies, ants, beetles, birds and more.

As humans who do like to eat, we here at Ecogardens are determined to help these little buggers at all costs, especially considering their other benefits.

Pollinators Steward Other Plants in the Environment

Another reason why pollinators matter is that other plants depend on them, and we depend on a balanced ecosystem.

Even if we don’t rely on certain plants for food or products ourselves, that doesn’t mean they aren’t important to us, simply by dint of their importance to the local, regional or global ecosystem.

Some of these plants are important in that they harbor and feed beneficial insects. Others help clean the air and water. Still others provide forage for our food animals (which is its own debate, but nevertheless an important part of worldwide economies).

That’s why it’s so important we take notice and help to prevent monoculture in cities and rural areas as well as agriculture.

Many Plants Depend on Only One Pollinator

Pollination isn’t as straightforward a process as you might think.

Barbara Kingsolver’s acclaimed book The Poisonwood Bible recounts the story of a missionary family that moved to the Congo. Among other hardships, the family soon discovers that planting American and European crops won’t work there … and so their plants don’t grow.

Why? Because there are no pollinators adapted to those species.

As you can imagine, it’s bad news bears for the missionary folk, whose already tenuous presence in the community doesn’t benefit from the situation. For us, the salient fact is that pollinators and plants are often evolved to work together.

Bottom line? It’s critical we not only protect pollinators, but protect the ones that operate in our local areas. If we don’t, we might lose crops that depend on a specific species for their propagation, and risk unbalancing the surrounding environment.

That’s why it’s so important we plant pollinator gardens that foster both native and non-native bees and other pollinators today. Ecogardens can help.