Green Infrastructure and Why It Matters

Green infrastructure is an increasingly popular phrase in the ecological community, but do we really understand what it means – and are we utilizing it most effectively?

Put the words “green” and “infrastructure” together and you have a pretty good idea what the term means.

In a nutshell, the concept refers to the organizational structures needed for society, but constructed in such a way as to respect the planet, its resources, and the plants and animals that live upon it.

Yet to leave it here is like accepting that the definition of “love” is a chemical process that binds one organism to another for the sake of procreation and other evolutionary benefits.

I mean … yes. It is. But we all know its so much more than that.

(Plus, pizza is not an organism, and everyone loves pizza. So clearly that definition is incomplete.)

Point being, “green infrastructure” is more than the sum of its parts. It's more than merely looking green; it also necessitates being green. It's critical we understand the whole if we want to prioritize sustainability and resilience, and design healthy cities, rural communities and wild areas.

So, what exactly is green infrastructure? Read on for answers to that and a few other FAQs in the ecological design space.

What Is Green Infrastructure? 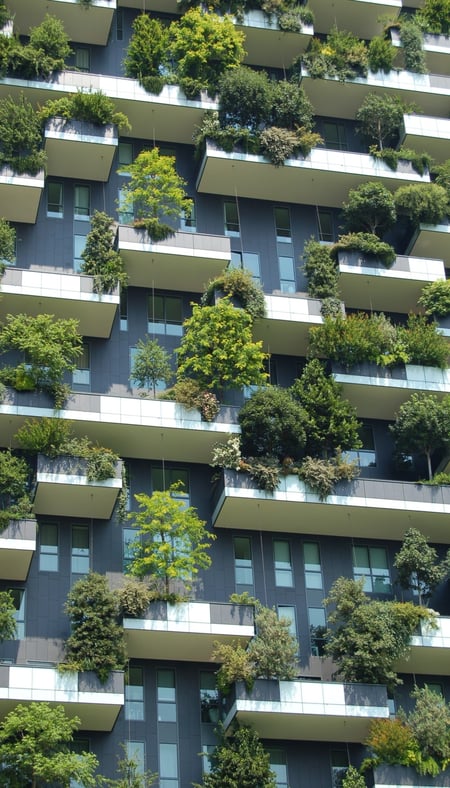 To answer the question “What is green infrastructure?” we need first and foremost a definition:

The EPA defines green infrastructure as “a cost-effective, resilient approach to managing wet weather impacts that provides many community benefits.”

It also points out that “single-purpose gray stormwater infrastructure—conventional piped drainage and water treatment systems—is designed to move urban stormwater away from the built environment.”

Green infrastructure, on the other hand, is designed to trap stormwater at its source, treat it there and release it slowly back into the environment. This not only nourishes plants within our cities, it prevents massive amounts of runoff from

In other words, green infrastructure is a foundational element of sustainable design, helping both urban centers and rural environments to reduce the unnatural outpouring of diseased and polluted waters into streams, lakes and the ocean.

Greater implementation of green stormwater infrastructure will make a massive difference in the resilience and sustainability of human environments, and nature as a whole.

We can do this in a number of ways, including:

Green Versus Grey Infrastructure: How Do They Stack Up? 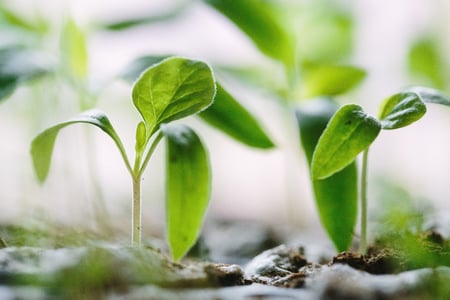 While both green and gray infrastructure can help channel stormwater away from cities and reduce overwhelm from rainfall, floods and snowmelt, the latter is a shortsighted option.

Gray infrastructure does not at any point soak up or cleanse stormwater. Water either moves to treatment plants, which themselves create a number of environmental harms, or it overflows without treatment right into streams and rivers – carrying toxins, pollutants and often raw sewage right along with it.

For obvious reasons, we’re not in favor of that.

It’s also important to note that gray infrastructure, even that which is effective at rerouting stormwater in healthy ways that respect the watershed (which it most often is not), does little to benefit urban ecology. Few animals want to set up shop on a cement slab, especially when its overrun with toxic sludge.

Green infrastructure, on the other hand, provides a wealth of benefits. That's not just an empty promise, either. We can look to leaders in the movement – such as London and its new self-designation as a National Park City – for inspiration and understanding of those benefits.

What Are the Benefits of Green Infrastructure? 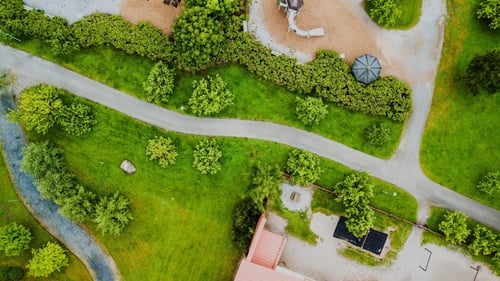 In addition to stormwater management, it also creates habitat for plants and animals – native and otherwise. This has repercussive perks.

For instance, green roofs soak up and treat rainwater, but they also give bees a place to rest on forage missions. This not only benefits our food systems, it promotes sound ecological systems.

Green roofs also fight the urban heat island effect, boost property values and help buildings reduce their energy consumption. These and other green infrastructure impacts make a huge difference in the health of cities and their inhabitants.

Oh, and did we mention that green infrastructure boosts the economy as well? That's right: Green systems make properties more valuable, reduce stormwater management and energy costs, and increase the desirability of homes and commercial centers. Trust us, we've run the numbers.

Despite this, people routinely misunderstand what it means to be or build green.

How Do We Misunderstand What “Green” Is? 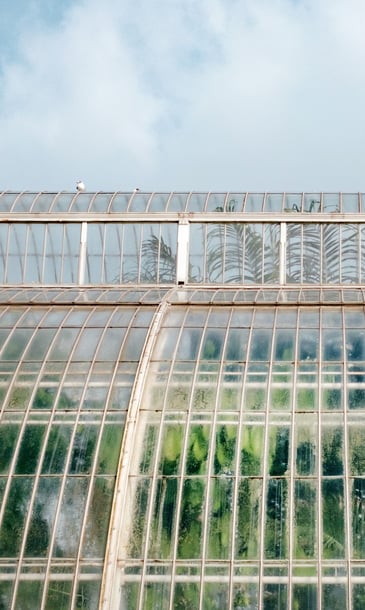 Unfortunately, we only accrue all these benefits if we possess a clear understanding of what “green” is.

For example, let’s consider green roofs, one of our staple stormwater management techniques.

The most important idea here is that green infrastructure blends seamlessly with nature. Anything that works against nature or can’t integrate with her, no matter how green on the surface, doesn’t make the cut.

A green roof composed of fertilizer-soaked sedum that quickly dies when exposed to the elements is not, in the end, green at all. It’s just one more expensive, and now dead, landscaping project – that moreover used lots of chemical inputs and other resources to get there.

Here’s the best way to think about it:

“Green infrastructure is an approach to water management that protects, restores, or mimics the natural water cycle,” says American Rivers, adding that for almost every gray infrastructure system there exists a green analogue. It advocates:

At the end of the day, if nature can’t embrace it and it doesn’t add to the health of the wider ecology, it’s not actually green.

Obviously, we’re in favor of creating new green systems to help manage stormwater, keep waterways healthy and improve the efficiency of our cities. It’s great to build new systems to accomplish those goals.

One of the most overlooked steps, however, is simply to maintain green infrastructure. By keeping preexisting systems such as green roofs or bioswales in good shape, we not only make the best use of the dollars that went into those systems, but we make a huge impact on stormwater as well.

Not sure where to start?

That’s cool, because we’re here to help. Whether you want to install a new system, have a green roof that needs a little TLC, or simply want to ask some questions, we invite you to get in touch with Ecogardens today.