July is Smart Irrigation Month: Here's How You Can Support Water Conservation 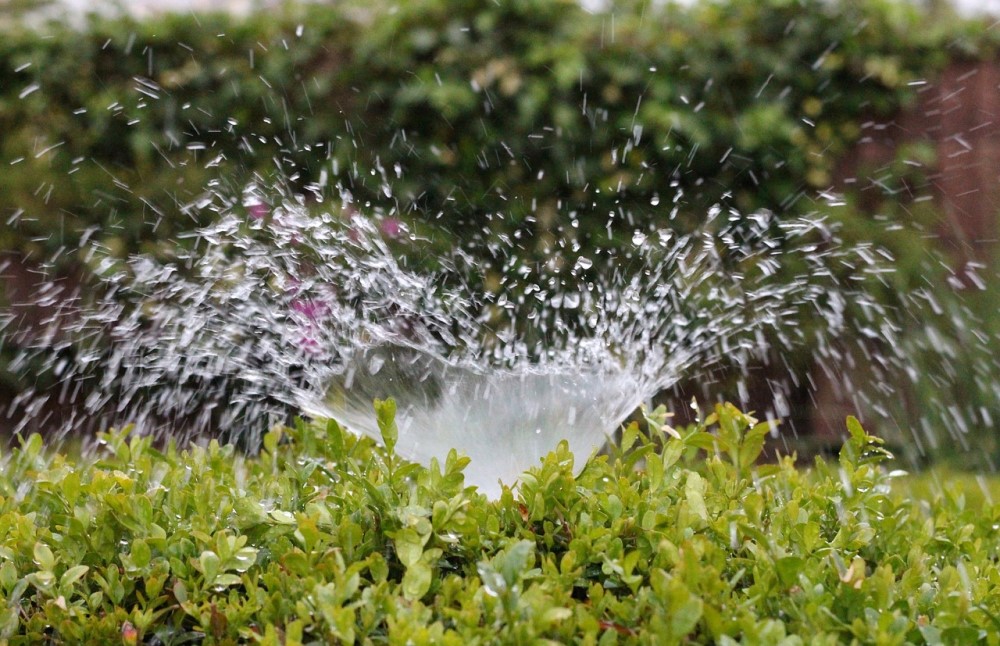 Each July, we take time to spread awareness about smart irrigation and its benefits. We know what you’re thinking… We already have smartphones, smartwatches, robot vacuums that clean by themselves, and now there’s smart irrigation? What could possibly come next?

What is Environmental Equity?

We once thought climate change and the continued degradation of the environment was simply the product of humans overusing and over-abusing our natural resources.

But the truth is, it’s actually far more complicated than that.

Climate change shares a turbulent history with racial injustice, and scientists across the board agree that we have to find simultaneous solutions to really make positive progress. If we truly want to solve environmental issues, we must also solve the systemic racism and widespread economic inequalities in our society.

Why are these two issues connected? Why are people of color far more at risk from environmental health hazards than white people? For that answer, we have to first look at where the roots of this problem began.

If you’re American, there’s a 95% chance you have these invisible, killer chemicals somewhere in your body. They’re called PFAS.

What are these mysterious chemicals, how did they get in our bodies, and what does this have to do with our water supply? Let’s take a look.

It shouldn't be a surprise that in today’s world, carcinogens lurk everywhere. And while we don’t want to freak you out, there’s a particular chemical lurking in the American landscape that we should all know about.

First off, let’s agree to just use the shortened version of the group of chemicals - PFAS.

If you want to know the long version, they are technically called per- and polyfluoroalkyl substances (PFAS). Basically, these are a group of man-made chemicals that have been in use since the 1940s and also include such tongue twisters as perfluorooctanoic acid (PFOA) and perfluorooctanesulfonic acid (PFOS). Not to burden you with too many acronyms, but PFOA and PFOS are important to mention, as they are the two most produced and studied of the PFAS chemicals.

So now that we have the nomenclature all set, what we need to know is that PFAS is used in a variety of industries around the world and in a dizzying amount of consumer products.

Worse, PFAS are persistent in both humans and the environment. Persistent, in the scientific community anyway, is actually a pretty frightening term. It means PFAS builds up over time instead of breaking down. So instead of disappearing or disintegrating with passing years, layer upon layer gets added and sticks around...forever.

A Day Without Water

This year, it’s not much of a stretch to imagine a Day Without Something. Remember when you thought you’d have to go without toilet paper? Or hand sanitizer? And the run on potatoes and pasta was something to see!

We don’t mean to poke fun. Back in the spring, when it felt like suddenly we might not have access to whatever modern day or basic supply we might want was shocking, and a little scary.

Which makes this year’s Imagine a Day Without Water a little close to home for most of us, and incredibly relevant as we think about what we want our world to look like in the coming years.

What Should You Know About Stormwater Detention? 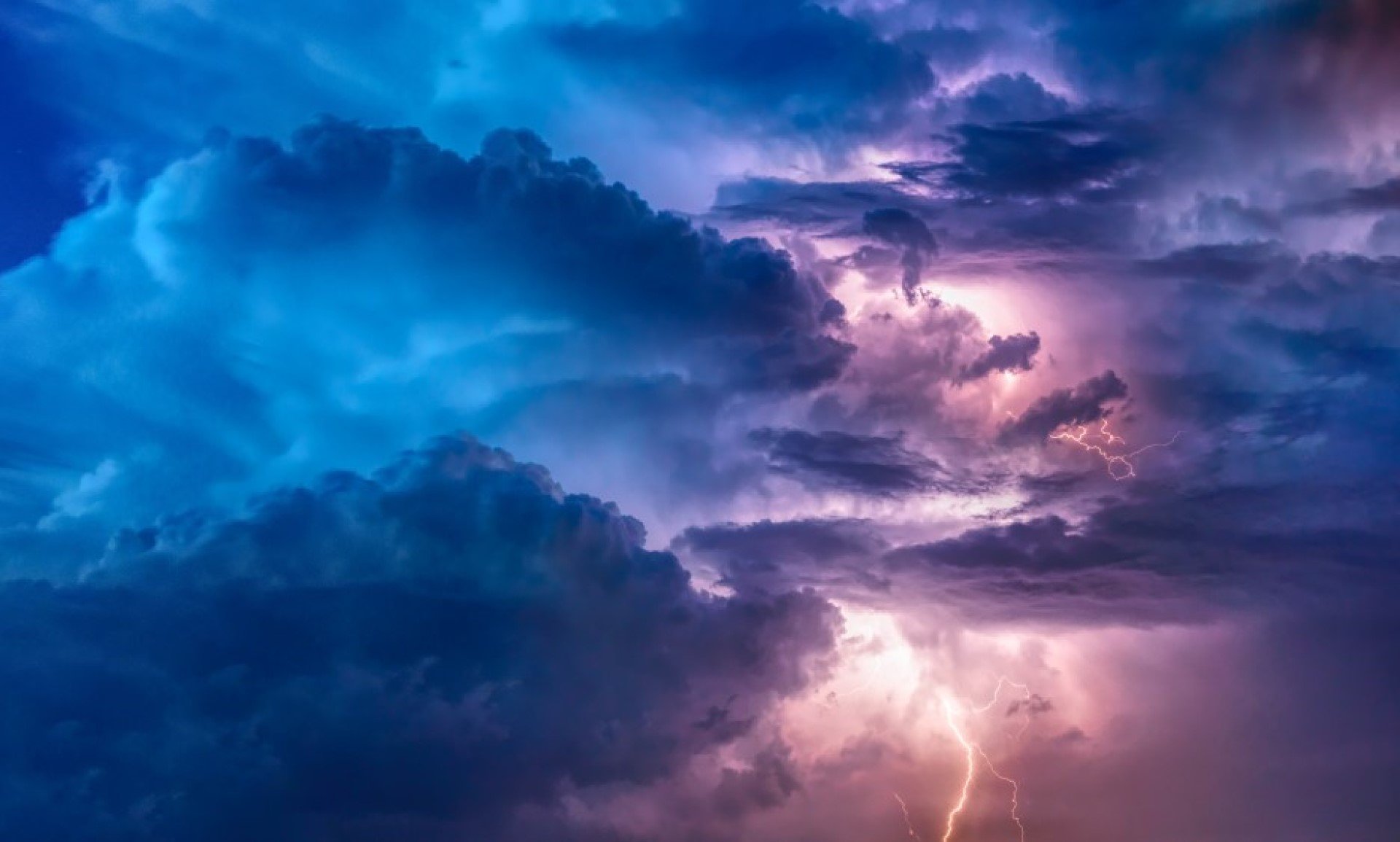 Stormwater detention is an important goal in any city, but we’re not necessarily going about it the right way. Let’s take a look at what it is and how we can do it better.

When you look outside at the rain, what do you see?

If your answer is something along the lines of “a wet walk, muddy dog paws and Seasonal Affective Disorder,” then no one can blame you. But those aren’t the worst downsides of precipitation.

No, that honor goes to stormwater runoff.

While you can find numerous definitions of stormwater and runoff, the best way to think of it is precipitation that hits the ground. In other words, when rain lands on a surface, it becomes stormwater – and it needs to go somewhere.

Urban areas have typically dealt with this by routing it into sewer systems, where it leads to combined sewer overflows. Or it runs along streets and across parking lots until it finds a stream, lake or other waterway. It picks up toxins along the way, spreading them to plants and animals. Obviously that’s not ideal.

If we want to understand what stormwater management is and how best to approach it, we must first grasp stormwater detention.

What Is the Detroit Stormwater Hub and What Can It Teach Us? 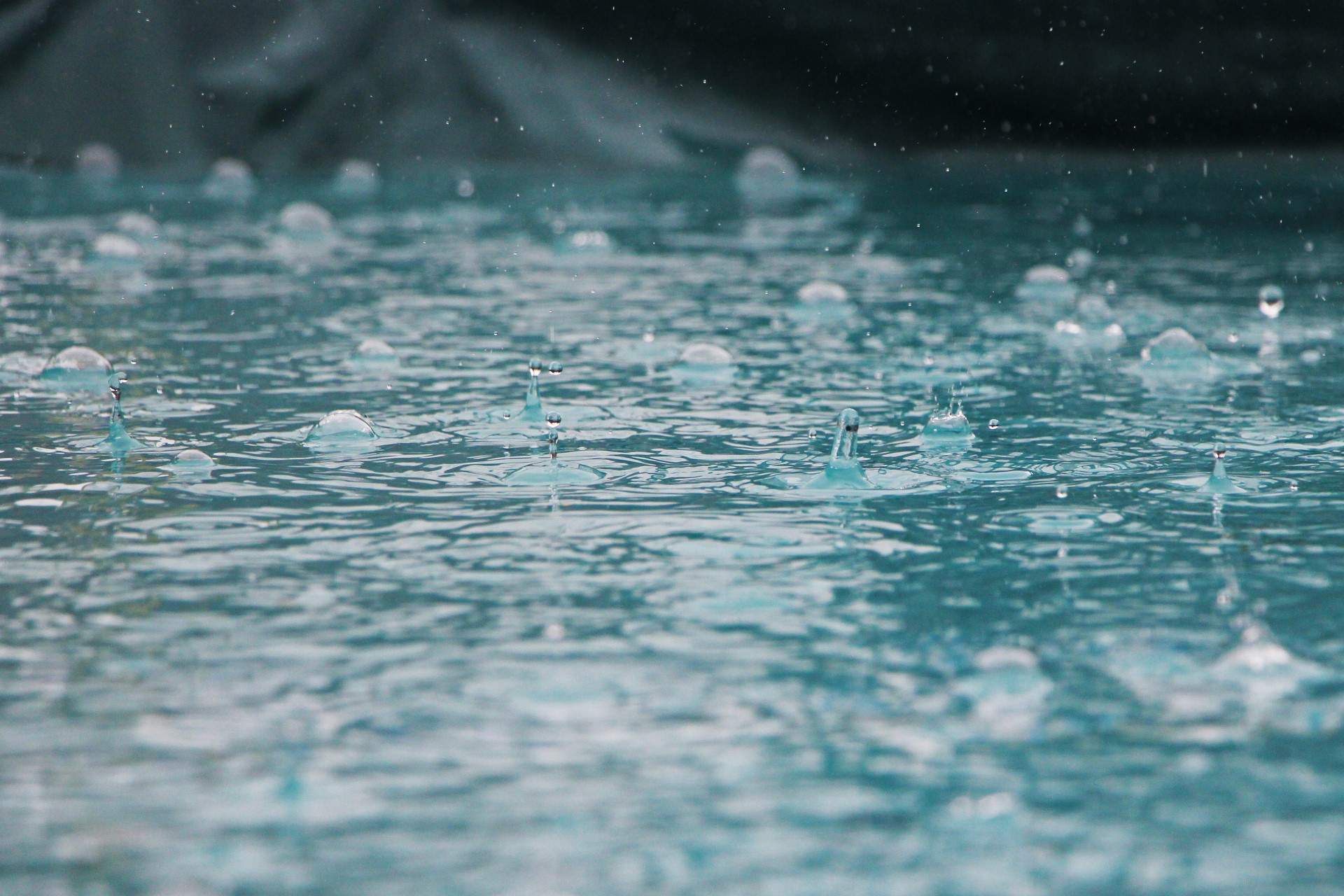 Detroit Stormwater Hub is paving the way toward a new kind of discussion, one that promises to be a lot more productive.

One of the biggest problems with stormwater management to date is that individuals, corporate entities, NGOs and municipal institutions have a hard time talking to one another about the issue.

This has several drawbacks, including making it harder to craft a case for green infrastructure – a problem, since many cities still lean toward existing grey stormwater management systems – and reducing the overall effectiveness of individual efforts.

Not everyone took this reality lying down. The City of Detroit wanted to do something different, so they crafted a Stormwater Hub.

Luckily for us, it’s something we can all learn from. Ready to take a page from the rejuvenated auto capital? Keep reading.

How to Choose the Best Stormwater Solutions 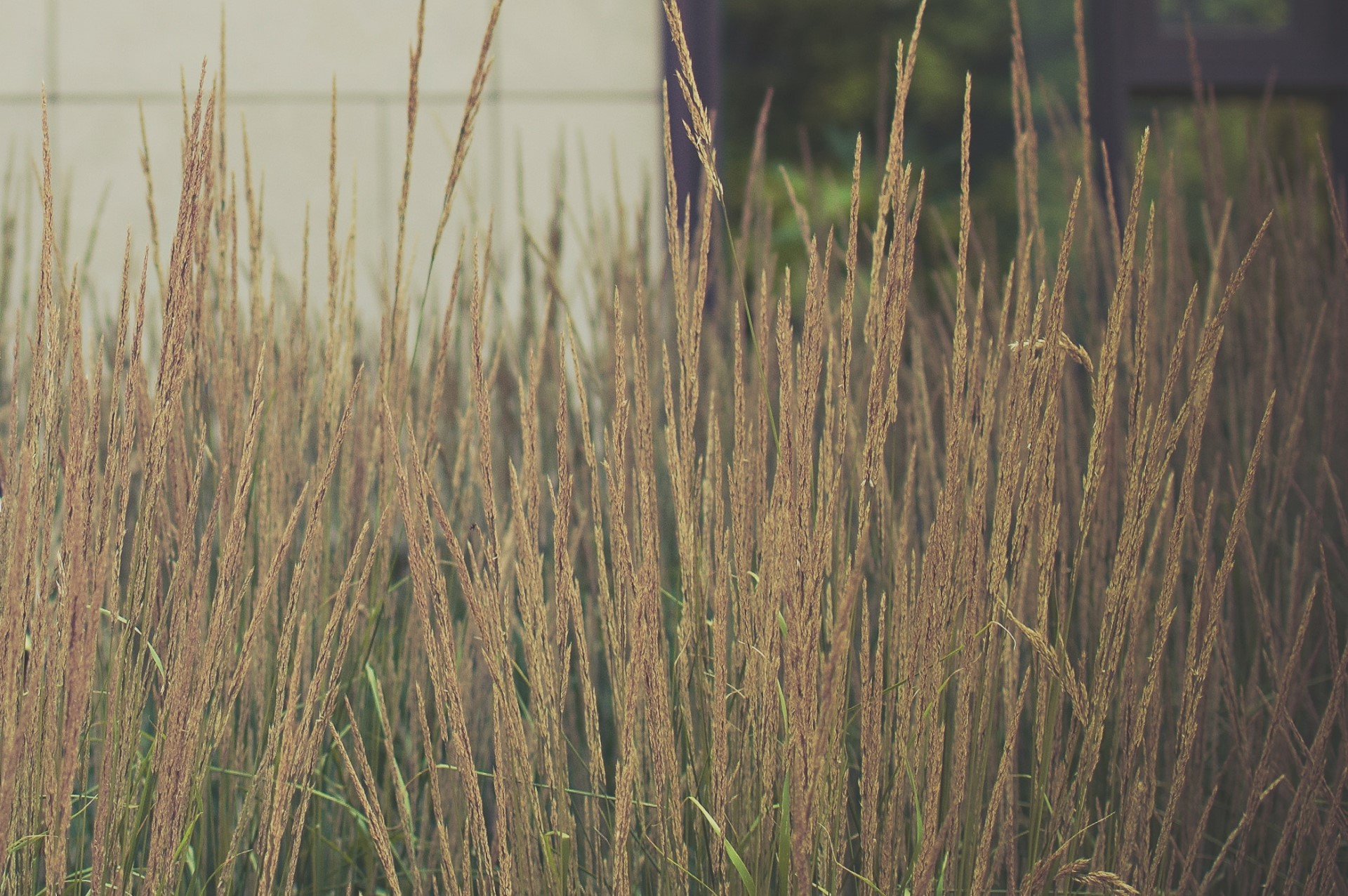 Stormwater solutions come in many forms, but they share the goal of keeping more stormwater on site and purifying the runoff that does eventually leave.

Raise your hand if you watched FernGully: The Last Rainforest as a child. With your children also counts. So does alone, as an adult, with a glass of wine in hand, just for fun.

Point being, if you watched it, you’re familiar with a nasty little character named Hexxus, the personification of pollution. (Side note: Should children really be watching this?)

Now change his name to Stormwater, and you have a pretty accurate representation of how we feel about this urban annoyance.

Scratch annoying, actually. Stormwater runoff and the pollution it carries into streams and waterways are more than a nuisance; stormwater is downright evil. Eroding streambanks, spreading disease and carrying metropolitan toxins far afield, it is at the top of our must-manage priority list.

What Is Smart Irrigation and Who's Getting It Right?

Water is too valuable for the cavalier treatment it gets today, especially in the outdoor arena. Here’s what we need to do better … and the smart people who are getting it right.

For centuries, millennia even, we’ve been tending gardens, watering lawns and growing crops. The human condition is, and has been since prehistoric times, one of settlement and husbandry of the land. While the exact methods vary according to era and culture, some of the basic principles and resources are the same across them all – and we’ve become very, very good at using one resource in particular:

Today, of course, we know that water is far from expendable. Christian Bale’s The Big Short character Michael Burry famously predicted the 2008 housing bubble burst, and thereafter invested his money primarily in water. That’s how precious it’s going to become in this century.

Of course, a lot of people aren’t taking this too seriously. We love our hot showers and our green lawns. According to the EPA, “landscape irrigation is estimated to account for nearly one-third of all residential water use, totaling nearly 9 billion gallons per day.” Moreover, “In dry climates such as the Southwest, a household’s outdoor water use can be as high as 60 percent.”

This is especially devastating news given the fact that “as much as 50 percent of water used for irrigation is wasted due to evaporation, wind, or runoff caused by inefficient irrigation methods and systems.” Plus, extra untenanted water running through our streets only adds to the stormwater problem.

Time to irrigate smarter. Today, we're here to tell you all about the companies that are doing it right. But first ... what exactly is smart irrigation?

How to Use Green Roofs to Slash Stormwater 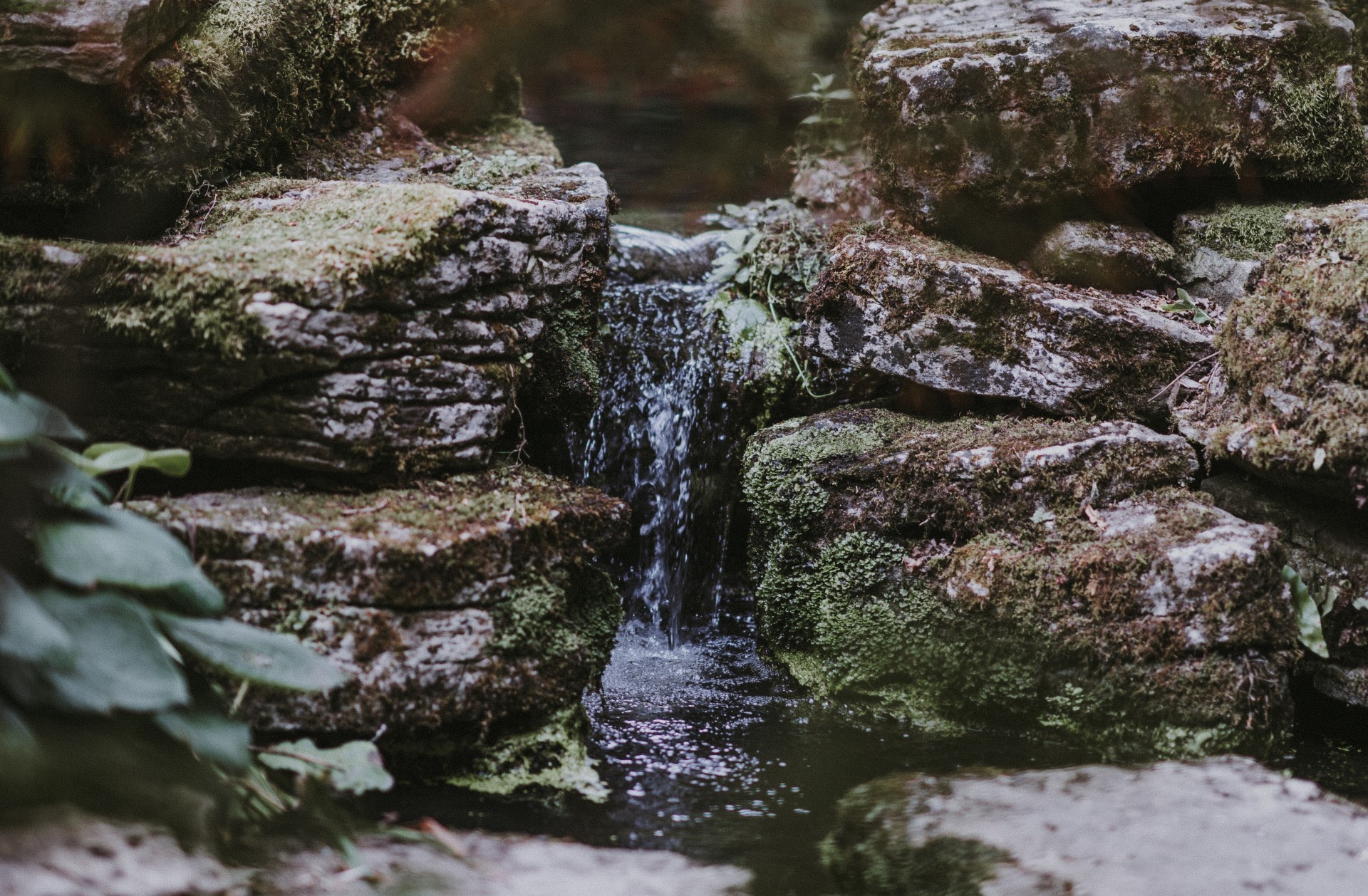 Green roofs are one of our primary tools in the fight against urban, suburban and rural stormwater runoff.

No, it’s not forgetting your poncho and getting soaked on the way to that meeting. Nor is it all the standing water in the Starbucks parking lot, though that’s a bit closer.

The worst thing about rain is the damage stormwater does to our cities and the environment, overflowing sewers and carrying all that raw, toxic muck into our drinking water and wild habitats. We’re talking poo, people. It ain’t pretty.

One of the best ways to improve our stormwater management efforts is to build more green roofs and ensure that we’re stewarding them properly, so that their benefits continue over the long haul.

Building and maintaining green roofs to maximum effect, however, requires understanding how they work together. Keep reading to find out.

What Is Stormwater Runoff and How Can We Manage It?

Stormwater runoff is a problem plaguing cities, but many people don’t know what to do about it. We say understanding is the first step, so let’s start there.

When you wake up to a stormy morning and look out your window, you likely think nothing of it. Rain happens all the time, after all. It’s just what nature does. The coffee, on the other hand, will not make itself.

And that’s about when the average person stops thinking about rain … if they even get that far.

The trouble is, not thinking about it doesn’t make it go away. Cities still deal with hundreds of billions of gallons of precipitation every year from both rain events and snowmelt.

Seriously, hundreds of billions. And where does it go? Right into our streets, sewers and waterways. It’s time to not only answer the question of what is stormwater runoff, exactly, but also to lay plans to manage it more effectively.